Plot about Rey, Jakku and her skills, against Kylo Ren.

These are my thoughts, about Reys past, how she get to Jakku and why she is such a good fighter.
I think, that Luke trained her in his Jedi school, till it turns out, that she is incredible powerful, that even Luke may have many problems, to lead her on the right way. Even more than he noticed, that other eyes turn on her. Maybe Kylo Ren sensed, that something unusual happened. So he show up at the Jedi School/Temple and search for him/her – whoever – while killing all the young Jedi.
Before that happened, Luke took Rey to Jakku, for her own sake, on a Place what is so far from the galactic Playground, that she is out of sight. Ordering Reys parents, to leave her Doughter forever (What i think is a great Star Wars Moment, close to a greek Myth or a nordic Saga). He may advice Unkar Plutt by using a Jedi Mind Trick, to take Rey to Lor San Tekka. After its done, Plutt forget what he was ordernd too. So Reys Tracks are really vanished in the Sand. Lor San Tekka is adviced to take care of her and show her some lessons in using the Force, without the Jedi Teachings, to prevent her of falling into the dark. On a certain Point, Lor San decides to erase some areas of Reys mind, because she grow too fast and strong in the Force. I think, that this could be a good Plot, to explain why she fight successfully against Kylo. It offers the Opportunity, that he may have something awaken in her, by his poor try, to manipulate her brain, at Starkiller Base. Star Wars is made for Kids! Really? 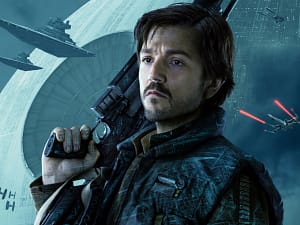